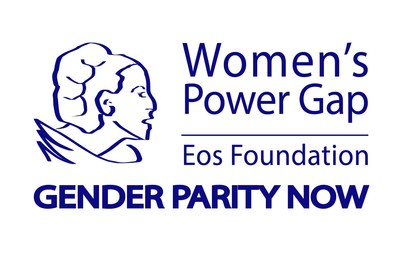 Despite women making up 54% of all PhD earners, they consist of just 22% of university presidents; women of color are less than 5%</span>

BOSTON, Jan. 26, 2022 /PRNewswire/ -- Though women have outnumbered men in colleges since the late 1970s, and college populations have become increasingly diverse, the people who are at the helm of our nation's top universities are still predominantly white men. The Women's Power Gap at Elite Universities: Scaling the Ivory Tower examines diversity data at the nation's elite research universities ("R1s"). Conducted by the Women's Power Gap Initiative (WPG) at the Eos Foundation, in partnership with the American Association of University Women (AAUW), it found that women comprise just 22% of the 130 R1 leaders, and among these presidents, only 5% are women of color.

In 2021, the WPG issued a report examining diversity among the highest-paid professionals at these universities. This new report analyzes gender, racial, and ethnic data for top leadership - president, provost, board chair, academic deans, presidents' cabinets, and governing boards. The data was released at an event on January 20, 2022, with panelists Lynn Wooten, President of Simmons University, Juliet Garcia, former President of University of Texas at Brownsville and the first Latina to serve as a college president (in 1986), and Anne Massey, Dean of the Isenberg Business School of Management at the University of Massachusetts Amherst.

"It's time for new approaches. Let's stop trying to fix the women and instead fix the system. The lack of women presidents is not a pipeline issue - women serve as nearly 40% of all provosts. What we are seeing is systemic bias," said Andrea Silbert, President of Eos. "Change must start with governing boards – only 38% of universities were willing to share board diversity data. If boards don't provide transparency, what message does that send?"

"It's alarming to see that women are still so vastly underrepresented at the top levels of academic leadership," said Gloria Blackwell, AAUW CEO. "Historically, universities have been catalysts for social and economic progress in America and AAUW has supported pathways for women in academia for over a century. It's extremely disappointing that most institutions are still failing to give women – especially women of color – equal opportunities to rise in their careers. We need immediate action to eliminate the barriers against women and people of color whose perspectives, brilliance, and leadership we need to move us all forward."

While much effort has been on bridging the so-called "confidence gap" among women, this report unveils that despite women having comparable experience and desire to lead, they are often overlooked for leadership positions.

"I've experienced first-hand gender bias and would have never ascended to university president had it not been for the support of two women board members who supported my leadership," said Juliet Garcia, former president of The University of Texas at Brownsville and first Latina to serve as president of a college or university in the United States. "The UT system once required reporting on race and gender among leadership positions; however, once the path-breaking women were replaced on the board, the disclosure structure was eliminated."

The Women's Power Gap at Elite Universities: Scaling the Ivory Tower outlines solutions including a call to change mandatory reporting on diversity for boards of trustees/regents, among many other recommendations.

About the Women's Power Gap Initiative of the Eos Foundation: The Women's Power Gap (WPG) Initiative was created by the Eos Foundation in 2018 to dramatically increase the number of women from diverse backgrounds among CEO and C-suite leaders nationally. We conduct and commission actionable research on prominent sectors of the economy and measure the extent of the power and wage gaps at the company or institutional level to highlight those making fast progress and those falling behind.. Past reports include the Power Gap among Top Earners at America's Elite Universities and the Women's Power Gap in Corporate Massachusetts.

About the American Association of University Women (AAUW): The AAUW, founded in 1881, is a nonprofit, nationwide network of 170,000 members and supporters, 1,000 local branches and 800 college and university partners that advances gender equity for women and girls through advocacy, education and research. It works to remove barriers that inhibit women's economic security, leadership and education and training. and  is one of the world's leading supporters of graduate women's education: AAUW has awarded more than $130 million in fellowships, grants, and awards to13,000 recipients from 145 countries.